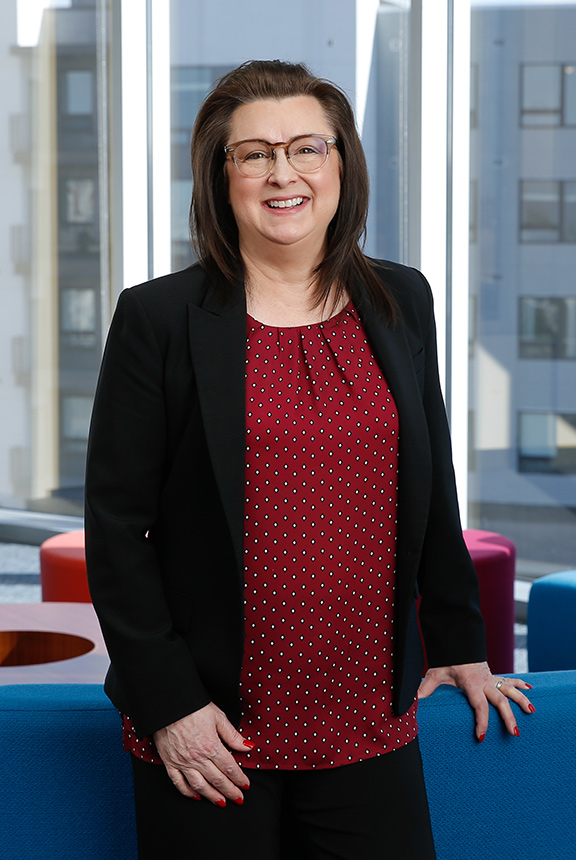 Karen Pearce was born in Honolulu, Hawaii while her family was stationed there with the military. However, she considers herself a Louisianan, as her entire family is originally from New Orleans.

While she was in college in Natchitoches, Louisiana, Karen met her husband Bob and they soon settled in Shreveport (Bossier City,) Louisiana.  Later, Karen and Bob moved to Slidell, Louisiana. She went back to school while there and studied at the University of New Orleans. Karen wanted to be a scientist initially and earned a B.S. Biological Sciences. She joined Kentwood Real Estate in 2007 and was promoted to CFO in 2014. Prior to joining the Kentwood team, she worked at Colorado Express Mortgage, a Kentwood Company/Affiliated Mortgage joint venture.

Karen and Bob have two wonderful grown sons, and the family has always been close and supportive of one another. They love everything Colorado! Outdoors, and hiking, walking the neighborhood. Karen is an avid reader when she’s not buried in spreadsheets.